Asia Pacific constitutes one of Siemens Energy's strongest growth regions, with a 170-year legacy in empowering societal milestones across 16 countries. Fors is based in Singapore and oversees all operational business areas across those 16 countries. He reports to Anne-Laure de Chammard, Member of the Executive Board of Siemens Energy.

"The Asia Pacific region plays a crucial role in the energy transformation. As we rise to meet the region's growing appetite for energy, we must harness the momentum for the energy transition to power the shift from coal to gas and renewables. I look forward to being part of this exciting new chapter and working with the people in this diverse region," says Fors.

Prior to his current appointment, Fors was based in Finspng, Sweden as Executive Vice President of Siemens Energy Industrial Applications Division. He has served in multiple C-suite capacities and overseen complex multi-faceted operations. With over 25 years of international experience, Fors has built impactful collaborations across geographies, cultures, and fields of expertise. Before joining Siemens, Fors held leadership positions at ABB and ALSTOM. 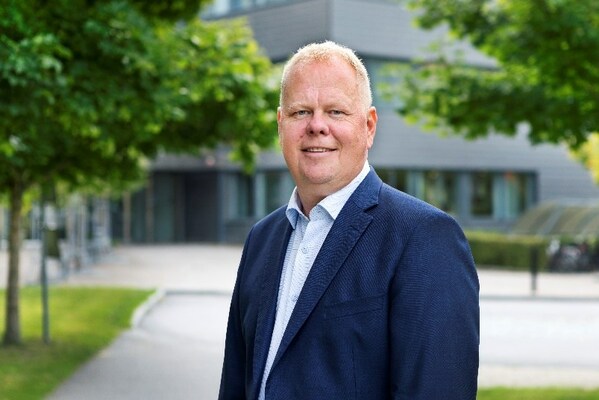 This press release and a press picture / press pictures / further material is available at https://press.siemens-energy.com/ap/en

Siemens Energy is one of the world's leading energy technology companies. The company works with its customers and partners on energy systems for the future, thus supporting the transition to a more sustainable world. With its portfolio of products, solutions and services, Siemens Energy covers almost the entire energy value chain - from power generation and transmission to storage. The portfolio includes conventional and renewable energy technology, such as gas and steam turbines, hybrid power plants operated with hydrogen, and power generators and transformers. More than 50 percent of the portfolio has already been decarbonized. A majority stake in the listed company Siemens Gamesa Renewable Energy (SGRE) makes Siemens Energy a global market leader for renewable energies. An estimated one-sixth of the electricity generated worldwide is based on technologies from Siemens Energy. Siemens Energy employs around 92,000 people worldwide in more than 90 countries and generated revenue of 29 billion in fiscal year 2022. www.siemens-energy.com.

Republicans in Congress to impeach border official due to migrants

WASHINGTON D.C.: In a sign of future political battles over record numbers of illegal crossings under Democratic President Joe Biden, ...

MOSCOW, Russia: Russian state-run TASS news agency has reported that a US woman was detained and fined by a Russian ...

ISLAMABAD, Pakistan - Former President General (retd) Pervez Musharraf died in a Dubai hospital on Sunday at the age of ...

Up to 2,000 Israelis to be housed in new town on Gaza border

JERUSALEM - Israel on Sunday announced plans to build a new town on the Gaza border .The town, temporarily named ...

US cancels over 1,800 flights due to ice storm

CHICAGO, Illinois: After an ice storm ravaged states from Texas to West Virginia, this week, airlines canceled over 1,800 flights ...

PRAGUE, Czech Republic: Ahead of her visit to Taipei, Marketa Pekarova Adamova, Speaker of the Czech Lower House, reiterated to ...

102,000 job firings in US high tech in December, according to report

WASHINGTON D.C.: A report released this week detailed how, in January, layoffs in the US reached a more than two-year ...

PARIS, France: Following an 18 month controversy that exposed the workings of the global jet market, Airbus and Qatar Airways ...

At US urging, Japan to stop exporting chip technology to China

TOKYO, Japan: Japan is preparing to revise legislation to allow it to restrict the export of advanced semiconductor manufacturing equipment ...

TOKYO, Japan: Honda has announced that it will manufacture a new hydrogen fuel cell system, which was jointly developed with ...

As prices of EVs fall, manufacturer Rivian to reduce workforce by 6%

IRVINE, California: In an effort to cut costs in preparation for an industry-wide price war, electric vehicle manufacturer Rivian Automotive, ...