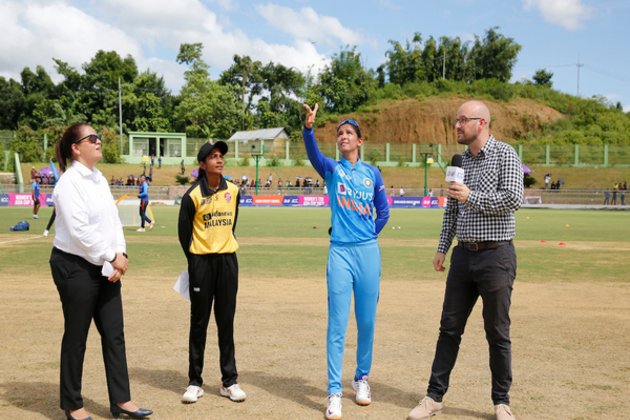 Team India started their Asia Cup campaign on a positive note as they registered a 41-run win over Sri Lanka on Saturday. Team India is riding a massive wave of confidence as they already have Smriti Mandhana, Harmanpreet Kaur and Jemimah Rodrigues in good form.

On the other hand, Malaysia suffered a defeat against Pakistan in their opener in the tournament after being restricted to 57/9.

India have made four changes to their side, with Smriti Mandana, Sneh Rana, Pooja Vastrakar and Renuka Thakur all being rested. Replacing them are Sabbineni Meghana, KP Navgire, Rajeshwari Gayakwad and Meghna Singh.

The tournament will feature India, Pakistan, Sri Lanka, Thailand, Malaysia, UAE and Bangladesh. Bangladesh is set to host the tournament and the matches will be played at the Sylhet International Cricket Stadium.

India will play a total of six matches in a round-robin format before the semi-finals is decided and will hope to make it to the final of the tournament. (ANI)