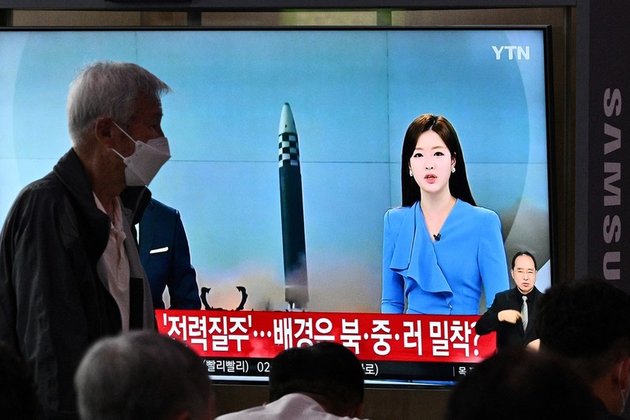 North Korea has test-fired a short-range ballistic missile ahead of US Vice President Kamala Harris' trip to the region, Seoul says.

The projectile, launched from around Taechon in North Korea's northwest, traveled around 600km (373 miles) before landing in the Sea of Japan, the South Korean Joint Chiefs of Staff (JCS) said.

The news comes ahead of Harris' visit to South Korea and Japan, and the planned US-South Korean joint naval exercise. The VP will embark on an Asian tour next week.

READ MORE: US pledges its ?nuclear capabilities? to Asian ally

The USS Ronald Reagan aircraft carrier docked at South Korea's port of Busan for the first time in nearly five years on Friday. Two US guided missile destroyers also arrived in Busan, while another destroyer docked near Changwon as part of the strike group's visit.

The US and South Korea resumed large-scale joint drills last month after several years of hiatus. Pyongyang considers the exercises a threat to national security.