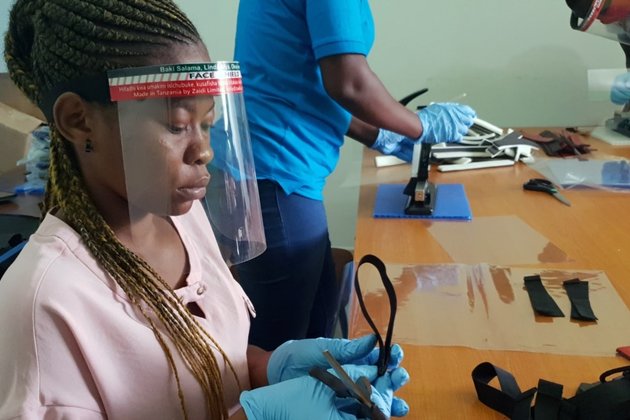 Dar es Salaam, Tanzania - Tanzania's president on Saturday approved a nearly 25% increase in the minimum wage, marking a departure from the policies of her autocratic predecessor amid protests about the high cost of living.

President Samia Suluhu Hassan decided on an increase of 23.3%, while also increasing the salaries of government workers for the first time since 2016, her office said in a statement.

'The salary increment was approved considering the country's gross domestic product, domestic revenue and developments in both the local and global economies,' the presidency said.

Since coming to power last year following her predecessor John Magufuli's death, Hassan has attempted to break with some of his policies by reaching out to the opposition and reversing course on his approach to the coronavirus pandemic, which he downplayed.

Magufuli refused to review wages following his election in October 2015, pursuing ambitious infrastructure plans instead by developing ports and railways and reviving the national airline.

Tanzania's economy slowed to 4.8% in 2020, barely edging upward to 4.9% the following year, as COVID-19 travel restrictions battered the tourism sector, a key earner in the East African country.

Meanwhile, the cost of fuel and food has risen as supplies have tightened following the war in Ukraine.

During Labour Day celebrations on May 1, trade unions and civil servants led demonstrations in Tanzania's capital Dodoma calling for an increase in wages, with many holding up placards saying: 'Better salaries and benefits for workers is our demand.'

The International Monetary Fund (IMF) last year loaned Tanzania more than half a billion dollars in emergency financing, saying the country faced 'urgent' health, economic and humanitarian costs due to a pandemic-induced downturn.

Under Magufuli, whose uncompromising leadership style earned him the nickname 'the Bulldozer,' Tanzania was an outlier in the global fight against the coronavirus and dismissed the gravity of the disease.

Magufuli shunned foreign-made vaccines in favor of the healing power of prayer and dismissed masks and testing as unnecessary.

Hassan has taken a different path, promoting measures to curb the spread of the virus and launching a coronavirus vaccination drive in July.

TUNIS, Tunisia - The Tunisian navy said Saturday that it rescued 81 migrants, including 32 Bangladeshis, sailing from Libya to ...

ST. PETERSBURG, Florida: - A nearly $1 billion settlement has been agreed upon in a lawsuit brought by families of ...

The suspect is an 18-year-old white man heavily armed with tactical gear and a helmet, said Buffalo Police Commissioner Joseph ...

SAN JOSE, Costa Rica: President Rodrigo Chaves, who was sworn in as president on May 8, has declared a state ...

Thousands of birds saved in India during heatwave

NEW DELHI, India: As a scorching heatwave dries up water sources in the state's biggest city, veterinary doctors and animal ...

WISCONSIN, USA - According to figures compiled by the Armed Conflict Location and Event Data Project, more military attacks against ...

Stocks in Asia range-bound as markets contemplate next move

SYDNEY, NSW, Australia - Stocks struggled for direction in Asia on Monday. Early gains evaporated later in the data, although ...

ZAGREB, Croatia: Croatian lawmakers have voted to allow the introduction of the euro currency in 2023. Lawmakers voted 117-13 to ...

After jump in food prices, Iran cuts off internet to prevent protests

TEHRAN, Iran: Iran has abruptly raised prices as much as 300 percent for a variety of staple foods, including cooking ...

Weekly May inflation reported at 0.12 percent in Russia

MOSCOW, Russia: Russia's weekly inflation rate has further eased after surging soon after Moscow began its invasion in Ukraine on ...