Wife's friend arrested for 'suicide' of Bangladeshi American in Dhaka 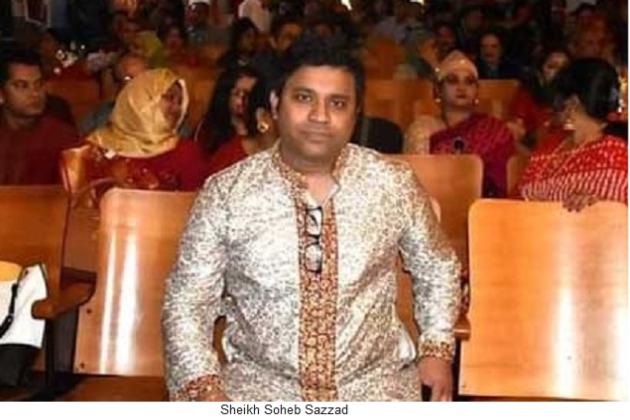 DHAKA, Bangladesh - A man has been arrested in Dhaka on suspicion of inciting his friend's husband to commit suicide.

Sheikh Soheb Sazzad, a 44-year-old Bangladeshi American, who worked for Amazon, was the victim.

On April 30, police discovered his body hanging from a ceiling fan in a house in Dhaka's Banani neighborhood.

The police station's chief, Kazi Shahan Haque, said Fahad was arrested on Sunday to be questioned for five days.

Sabrina is also being sought by police, who are awaiting the post-mortem examination results to determine the cause of Sazzad's death.

Sazzad and Sabrina resided in the United States since their marriage in 2017 until Sabrina returned to Bangladesh in May 2018 and began living alone in a flat.

In the case, Sazzad's brother Sohel stated that Sabrina befriended a neighbor at the time. Sohel also alleged that Sazzad had a phone conversation with Sabrina about her acquaintance with Fahad.

Sazzad began living with Sabrina after his return in mid-March. Sabrina later stole Sazzad's phone and passport and refused to return them. Sabrina fled home on April 15 because her relationship with Sazzad was strained.

According to Sohel, Sazzad committed suicide due to mental stress.

TUNIS, Tunisia - The Tunisian navy said Saturday that it rescued 81 migrants, including 32 Bangladeshis, sailing from Libya to ...

ST. PETERSBURG, Florida: - A nearly $1 billion settlement has been agreed upon in a lawsuit brought by families of ...

The suspect is an 18-year-old white man heavily armed with tactical gear and a helmet, said Buffalo Police Commissioner Joseph ...

SAN JOSE, Costa Rica: President Rodrigo Chaves, who was sworn in as president on May 8, has declared a state ...

Thousands of birds saved in India during heatwave

NEW DELHI, India: As a scorching heatwave dries up water sources in the state's biggest city, veterinary doctors and animal ...

WISCONSIN, USA - According to figures compiled by the Armed Conflict Location and Event Data Project, more military attacks against ...

Stocks in Asia range-bound as markets contemplate next move

SYDNEY, NSW, Australia - Stocks struggled for direction in Asia on Monday. Early gains evaporated later in the data, although ...

ZAGREB, Croatia: Croatian lawmakers have voted to allow the introduction of the euro currency in 2023. Lawmakers voted 117-13 to ...

After jump in food prices, Iran cuts off internet to prevent protests

TEHRAN, Iran: Iran has abruptly raised prices as much as 300 percent for a variety of staple foods, including cooking ...

Weekly May inflation reported at 0.12 percent in Russia

MOSCOW, Russia: Russia's weekly inflation rate has further eased after surging soon after Moscow began its invasion in Ukraine on ...