Australian Open will be great with or without Novak Djokovic, says Rafael Nadal 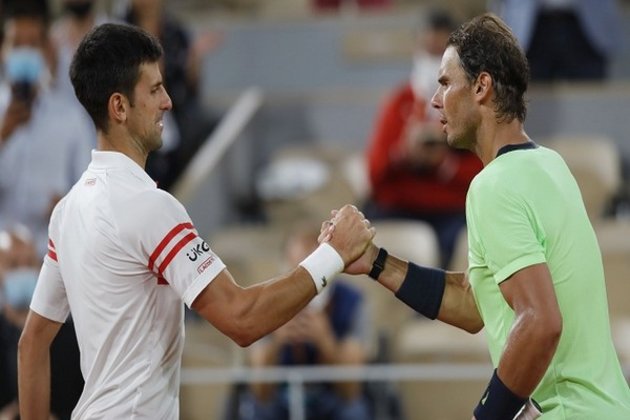 Melbourne [Australia], January 15 (ANI): Rafael Nadal on Saturday said the Australian Open is much more important than any one player while talking about his rival Novak Djokovic, who is currently fighting deportation from Australia.

Ahead of the start of the season's first Grand Slam on Monday, Nadal at Melbourne Park in his pre-event press conference said: "Australian Open will be a great Australian Open with or without him."Currently, nine-time Australian Open champion Novak Djokovic is still in the draw to defend his title in Melbourne after the Serbian's visa was cancelled on Friday by Hawke, the Australian Minister for Immigration, Citizenship, Migrant Services, and Multicultural Affairs. Djokovic is placed against compatriot Miomir Kecmanovic in the opening round.

When asked about how different AO 2022 would look with Djokovic in the draw and without him, Rafa said: "I tell you one thing, it's very clear that Novak Djokovic is one of the best players of the history, without a doubt.""But there is no one player in history that's more important than an event, no? The players stays and then goes, and other players are coming. No one, even Roger, Novak, myself, Bjorn Borg, who was amazing at his times, tennis keep going. Australian Open is much more important than any player. If he's playing finally, okay. If he's not playing, Australian Open will be great Australian Open with or without him. That's my point of view," the Spaniard added.

Notably, long-time rivals Novak Djokovic and Rafael Nadal are in the same half of the men's singles draw at the Australian Open 2022, putting them on track for a blockbuster semifinal clash, if the defending champion is not deported.

Djokovic, the world No.1, top seed, and three-time defending champion will be playing for an incredible 10th title at Melbourne Park - as well as a men's record 21st Grand Slam singles title.

But Nadal is also chasing Slam title No.21, with the Spaniard and the Serb currently inseparable having each won 20 major trophies. (ANI)