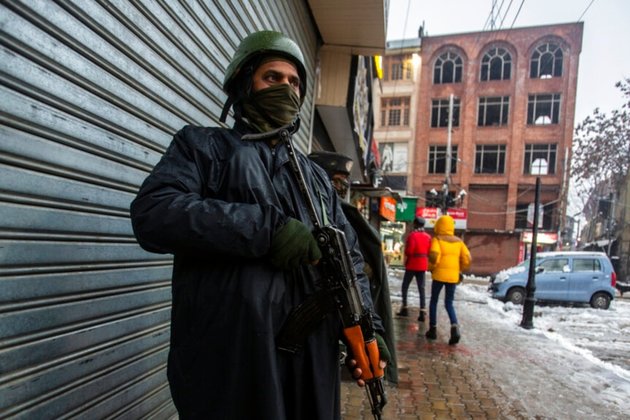 SRINAGAR, INDIA - Freelance journalist Sajad Gul was at home in Shahgund, a village in north Kashmir's Bandipora district, when the army came for him.

It was about 10 p.m. on January 5. The journalist's family told local media that Gul received a phone call asking him to come outside.

The next thing the family heard, he had been taken to a police station and accused of serious anti-national crimes.

Gul, 26, contributes to the news website Kashmir Walla and studies at Central University of Kashmir.

Fahad Shah, editor at The Kashmir Walla, described the arrest as a "brazen violation of freedom of press [that] threatens the very core of people's rights."

Shah said that cases like the one against Gul, in which reporters or media outlets are accused of sharing or posting anti-national sentiment, are increasing in Kashmir, and that the threat of legal action is having an impact in a region where journalism plays a significant role.

It's not an isolated problem. Lawsuits against media are on the rise across India, with a growing trend of judicial harassment and intimidation against those who do not toe the line of the ruling Bharatiya Janata Party, said Daniel Bastard, the Asia-Pacific lead for media watchdog Reporters Without Borders.

In Kashmir, Bastard said, that pattern can mean that every journalist who is critical of the government risks being deemed anti-national or anti-Indian. Some may start to self-censor to avoid harassment.

Neither the Jammu and Kashmir Home Department nor India's Ministry of Information and Broadcasting responded to VOA's email requesting comment.

In Gul's case, his arrest appears linked to a video he posted to Twitter of a protest over the killing of a local militant commander, The Kashmir Walla reported.

He is charged with criminal conspiracy, assertions prejudicial to national integration - a complaint usually referring to comments deemed against the sovereignty and integrity of India - and making or sharing statements to promote enmity and hatred.

Police in Kashmir did not respond to VOA's email requesting comment.

But, she said, the best way for a government to prevent tensions is to act swiftly when credible and fair investigations find evidence of human rights abuses.

Journalists play a crucial role in exposing shortcomings, and a rights-respecting government should rely on that information to address needs, Ganguly said.

"Unfortunately, the government is selective about what it believes exacerbates tension or conflict," Ganguly said, "quickly punishing peaceful critics, including by accusing them under draconian counterterrorism laws."

Bastard of RSF shared a similar view, telling VOA, "Censoring journalists who try to cover their fellow citizens' situation is actually the best way to create frustration among the population, and hence to promote enmity. This is all the more true in a region with a strong history of separatism like Jammu and Kashmir."

"It is intimidating to be at a police station where you are asked about your personal and professional life," Shah said. "You are asked to give details of your life, even ID documents, bank details, et cetera, at times. And mostly, you are treated as a suspect for something which you don't even know. And then it stays on your head like a sword that if you do something that is not liked you will be in trouble."

Shah has been arrested, questioned and summonsed several times. His media outlet, too, has run into legal issues. It is currently fighting a false-news case in the High Court.

Srinagar photojournalist Mukhtar Zahoor, who contributes to outlets including the BBC and Al Jazeera, says he was left confused by a police raid on his home last October.

"They check my phone, my contacts, and images in the cellphone. It was a traumatic experience," he said.

Police detained Zahoor and questioned him about his movements on September 1, the day that a veteran separatist leader, Syed Ali Shah Geelani, died.

At that time, authorities had suspended communications and sealed off the roads around Geelani's home in a move some believed was an attempt to limit coverage of the death.

"They had all information about my location on that day and the route I took. ... Even the Wi-Fi connection of my phone that I shared with my friend," Zahoor said.

When asked how the raid has affected his work, Zahoor didn't hesitate: "I am observing self-censorship."

In some cases, journalists find themselves called by members of the police and army.

Quratulain Rehbar, a female freelancer from Pulwama, said she was contacted by both in December after covering a protest.

"I was getting calls for verification, and they would call repeatedly. Both army and police started calling my family as well," Rehbar said, still sounding distressed.

The Vienna-based International Press Institute has flagged what it says appears to be a largely arbitrary crackdown on the press.

"We have seen numerous examples of the harassment and intimidation of journalists in what we believe to be an effort by the authorities to control the flow of news and information," IPI Deputy Director Scott Griffen told VOA.

The Kashmir Press Club has urged authorities to improve the environment for journalists.

"The threats, summonses and arrests of the media persons have effectively restrained independent and investigative reporting from the region," the club said in a statement that also condemned Gul's arrest.

For Gul, the arrest is not a first. Just over a year ago, Jammu and Kashmir police accused him of participating in an illegal demonstration that he was reporting on.

And he has frequently tweeted about how police harassment affects his work, studies and health.

For now, he is in custody. His editor Shah told VOA, "We have filed for bail plea in the court and will contest these charges through court."