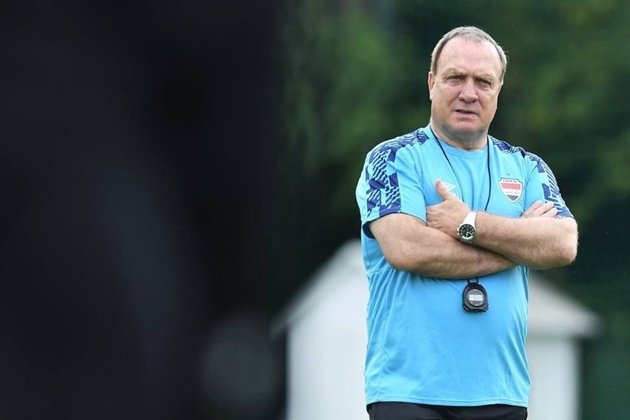 The 74-year-old Advocaat, who vacates the post after only three months, will be replaced by Zeljko Petrovic for the upcoming FIFA Arab Cup in Qatar.

"Coach Zeljko Petrovic will take charge of the national team and he will be the head coach for the FIFA Arab Cup," he added.

Advocaat was appointed head coach in August, replacing Slovenian Srecko Katanec who led the team in the second round of the AFC Asian Qualifiers.

Iraq has yet to register a win in Group A of the AFC Asian Qualifiers, with the Lions of Mesopotamia recording four draws and two defeats.

Iraq will travel to Tehran on January 27 to meet Iran in the World Cup qualifier.

LISBON, Portugal: Portugal is reintroducing some pandemic restrictions, just two months after ending enforcement of them after the goal of ...

PARIS, France: As new Covid cases are again on the rise, the government of France announced a plan to administer ...

WASHINGTON, D.C.: After officials in Washington D.C. admitted they could not explain the phenomena of UFO sightings, the U.S. government ...

After decades of work, Egypt to open 3,000-year-old Avenue of Sphinxes

CAIRO, Egypt: Egypt opened its 3,000-year-old Avenue of Sphinxes to the public this week, in a swanky ceremony, after over ...

SEATTLE, Washington: In early November, the Olive Bay was docked in the port of Everett, Washington. Below its decks was ...

WASHINGTON D.C.: With agricultural costs being driven to new highs due to a shortfall of nitrogen fertilizer worldwide, farming communities ...

NEW DELHI, India: India will introduce a bill during the winter session of Parliament that could block the use of ...

PARIS, France: In protesting the UK's refusal to grant more licenses to fish in British waters, French fishermen said this ...