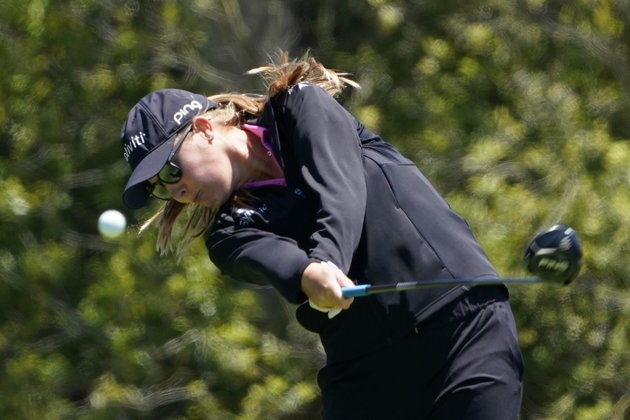 Jennifer Kupcho, Chella Choi of South Korea and Gemma Dryburgh of Scotland shot rounds of 7-under 66 Thursday to tie for the first-round lead at the ISPS Handa World Invitational in Galgorm, Northern Ireland.

Thursday marked the debut of the event and its unique format, which includes two host courses and two cuts. For the first two rounds, golfers are playing one round at Galgorm Castle Golf Club and one at Massereene Golf Club before Galgorm Castle hosts the final two rounds. In addition to the standard 36-hole cut, there will be a second cut after the third round to include only the top 35 and ties.

The event is co-sanctioned by the LPGA Tour, Ladies European Tour and European Tour. A field of 144 men are also competing on the same courses and the prize funds will be split equally between the women and men.

Kupcho, Choi and Dryburgh all played Thursday at the par-73 Galgorm Castle.

Dryburgh turned in a pristine card of one eagle, five birdies and no bogeys. Her eagle came at the par-5 No. 1, her 10th hole of the round.

"I hit 7-wood in there (on her approach), just kind of 10 yards on, just a bit left, left center, and rolled nicely to six or seven feet," Dryburgh said. "Rolled in for a 3, which was nice."

Choi also made eagle at No. 1 and followed that by rolling in three straight birdies -- a 5-under start through four holes.

"I feel like 1, 2, 3 is easy holes, so I really want to make a birdie first starting because I don't remember not much the golf course," Choi said. "I really want to play good starting."

Kupcho tallied eight birdies, including on three of the course's five par-5s.

"I actually walked off the (par-5) first hole making 5 thinking I was 1-over," Kupcho said. "I didn't realize it until I looked at the scorecard. It's definitely different having so many par-5s."

The three leaders will play Massereene on Friday. They sit one stroke ahead of Emma Talley, who shot a 6-under 67 at Galgorm Castle.

South Korea's Min Seo Kwak shot the best round at Massereene on Thursday, a 5-under 67. She is tied for fifth with American Sarah Burnham and England's Georgia Hall and Charley Hull, all of whom went 5-under at Galgorm Castle.