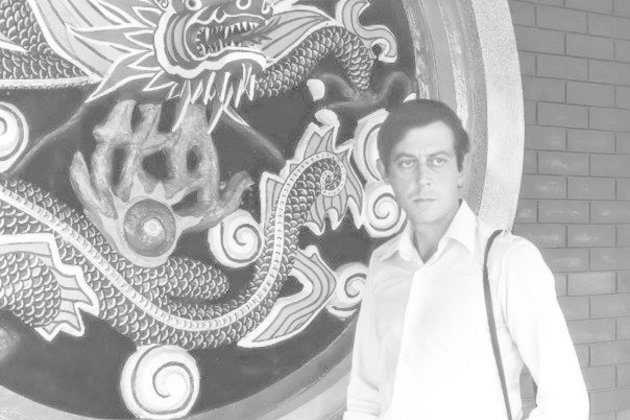 May 4, 1969, more than 50 years ago, Silo gave his first public speech to some few hundred people high up in the Andes Mountains near Mount Aconcagua, entitled the Healing of Suffering. It was the first public exposition of his ideas, where he spoke about overcoming pain and suffering, violence, and the meaning of life.

I take some time to remember Silo with profound gratitude. He was my mentor, my guide and an inspiration throughout most of my adult life. For those who may never have heard of him, or have not read his writings, Silo founded a current of thought known as Universal Humanism. A movement based on his ideas inspired thousands of volunteers across all continents to initiate actions in the different fields as a contribution towards the building of a universal human nation.

A universal human nation where the human being holds the central value, whose needs stand paramount over and above any other value, be it money, the state, social systems, power and yes, even above religion and the gods.

Where all human beings would have equal access and equal opportunity to education, health, a dignified life and livelihood for the simple reason of being born a human being. Where human beings can live in peace by working with non-violent means to end all forms of violence-be it physical, economic, psychological, racial, gender, or religious.

A world that respects diversity, anchored on non-discrimination of any kind.

A world where freedom of thought is given the widest latitude over and above the so-called absolute truths that hinder us from opening new paths and new horizons.

From the social-cultural and political fields, in centers of converging cultures and in stimulating humanist-centric studies to answer the burning questions of the day and issues of our times, to peace and non-violence initiatives that work towards total nuclear disarmament and ending armed conflicts and, finally even in the spiritual dimension, his thought has been translated into actions and organized initiatives that work towards making this aspiration of humanizing the earth, a reality.

To the end, Silo was ever the optimist. In spite of all the problems and crises our world faces-which seem to be getting worse each day-he believed that a new planetary and truly human civilization is indeed possible. He believed that this is where the human race is headed, if enough people do their own small share, wherever they may be, towards building that better world.

I feel fortunate to have met Silo in my lifetime and to hear him speak personally. First at the Asian Conference held in Manila in 1980, then in Bombay where thousands gathered during a Public Act at Chowpatty Beach and finally, during the inauguration of the Punta De Vacas Center for Study and Reflection, at the foothills of Mount Aconcagua, Argentina in 2007. Just three occasions, but all three were experiences that have impacted me and are positive memories I treasure.

He may have departed from this time and space and, has gone towards the infinite worlds. But, his example- his wisdom, kindness and strength- continues to be a source of guidance for me, and for sure, for the thousands all over the world whose lives he has touched.

I feel fortunate to have this opportunity to be a part (albeit a small part) of this current, for it enriches me and continues to give meaning to my life.

To quote from the second book of Silo's trilogy, To Humanize the Earth...