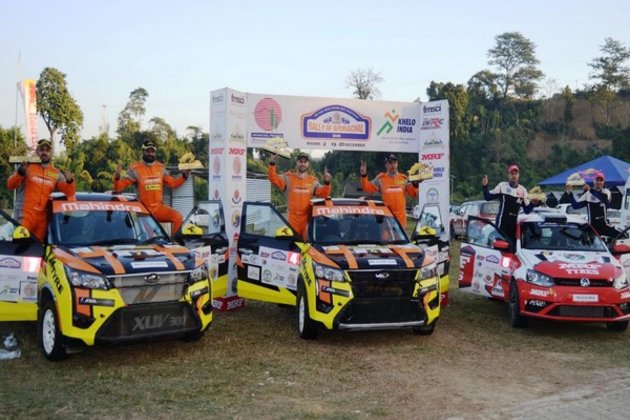 Chennai (Tamil Nadu) [India], April 19 (ANI): With only three days remaining, the South India Rally, Round 1 of the Champions Yacht Club -- FMSCI Indian National Rally Championship 2021 has been postponed due to the second wave of COVID-19 and the resultant government regulations.

The rally, which was supposed to run from April 23 and 25, has now been moved to June 25-27. The highly popular event received an overwhelming 70 entries, the highest in the 34-year history of INRC, including from a record 21 lady drivers.

"After all the enthusiasm, hard work and the huge efforts by the organisers, the drivers and all the fraternity, we would love to hold the rally but right now, it is 'safety first and speed next' and we are forced to postpone the event,'' Vamsi Merla, Director of Champions Yacht Club and the promoters of INRC said in an official statement.

"We will continue to strive hard to promote motorsports but as always respect safety first,'' he further added.

"Much as the sport is always our priority, we are very concerned about the huge spike in Covid-19 cases recently and are in receipt of the G.O.346 dated 18th April 2021 from the RevenueDisaster Management (DM-1V) department,'' Vicky Chandhok, chairman of the event said.

"With an all-time record of 70 entries of which 21 women, the enthusiasm for the sport has also grown and is at its peak. The promoter of the championship Vamsi Merla of CYC has put in massive efforts in promoting motorsport and after holding a number of discussions with him over the past few hours, we had to take this tough decision,'' he added. (ANI)