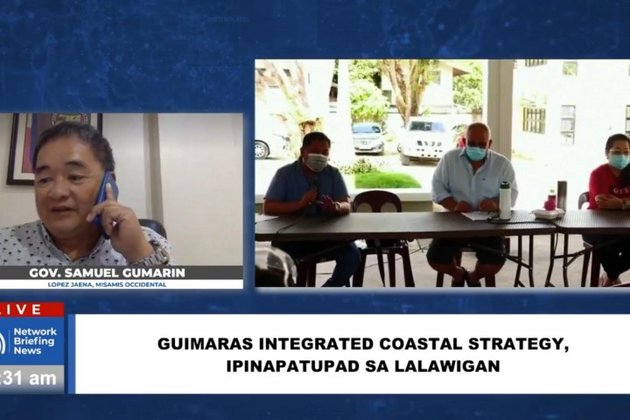 ILOILO CITY, Nov. 25 (PIA) - The implementation of the Guimaras Integrated Coastal Strategy has resulted in greater food production and sufficiency for the island-province.

In the November 25 episode of the Laging Handa Network Briefing hosted by Presidential Communications Operations Office (PCOO) Secretary Martin Andanar, Guimaras Governor Samuel Gumarin said the province has adopted an integrated coastal strategy, as part of its long-term vision of becoming the agri-ecotourism capital of the Western Visayas.

"Two years ago, we did adopt the integrated coastal management for the whole province, which was enacted as law," he said.

Adopted via Resolution No. 160, the Guimaras Coastal Strategy builds on the province's adoption of Integrated Coastal Management (ICM) as a key approach towards achieving sustainable development of its coastal and marine areas and resources.

He said that every year the province has been allocating funds for this initiative which is geared towards disaster risk reduction and resiliency, food security and livelihood management, pollution reduction, knowledge management, water use and supply management, and habitat protection and management, among others.

"We have made a plan 'from ridge to reef' in which we understand that our human activities toward economic development are affecting our coastal areas," Gumarin said.

He sadded that with the implementation of the strategy, this has resulted to 110 percent fisheries sufficiency and increasing food production.

Guimaras was established as one of the Partnerships in Environmental Management for the Seas of East Asia (PEMSEA) parallel sites for ICM implementation in 2008. (JSC/LTP/PIA6 Iloilo)

The end of Donald Trump's dysfunctional tenure in the White House means the start of a relatively normal presidency under ...

U.S. President Donald Trump left the White House for the final time on Wednesday, heading by helicopter to a nearby ...

WASHINGTON, DC - With a promise to 'heal' America, which in recent months witnessed a chaotic election and messy transition ...

KABUL, Afghanistan - Major violence has spread, and escalated across Afghanistan.Scores of national security forces and Taliban militants have been ...

JERUSALEM - Israeli authorities should provide Covid-19 vaccines to the more than 4.5 million Palestinians in the occupied West Bank ...

NEW YORK, New York - U.S. stocks rallied to new record highs on Wednesday as the 46th president of the ...

Jack Ma reappears after disappearing from public view 2 months ago

U.S. stocks rose on Tuesday, the last day of Donald Trump's presidency.It was a fitting farewell as numerous records were ...