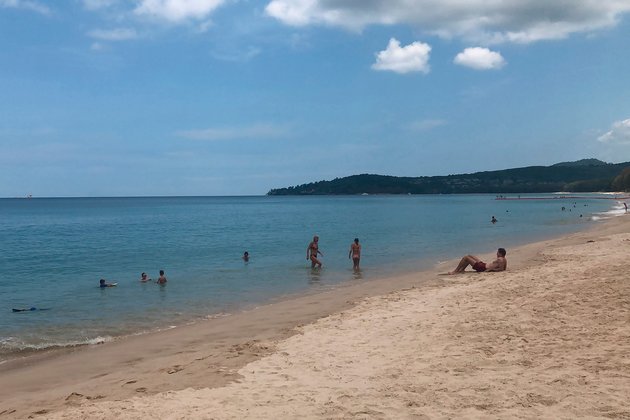 A new issue released Tuesday of the World Tourism Barometer from the United Nations World Tourism Organization (UNWTO) reports the coronavirus pandemic caused an unprecedented 65% decrease in international travel during the first half of the year.

According to UNWTO, the plunge in international travel from January through June of this year resulted in the loss of $460 billion in export revenues from tourism.

The drop is five times greater than the loss in international tourism earnings recorded in 2009 amid the global financial crisis.

The U.N. body said in a statement it estimates it will take between two to four years for tourist arrivals to return to 2019 levels.

The report indicates that Asia and the Pacific were the first regions to feel the impact of COVID-19, and overall, the area faced the steepest decline with a 72% fall in tourists over the course of a six-month period.

Europe was the world's second-hardest hit region, with a 66% decline in tourist arrivals for the first half of 2020. The Americas, Africa, and Middle East showed comparable rates of decline.

"This represents an unprecedented decrease, as countries around the globe closed their borders and introduced travel restrictions in response to the pandemic," the tourism organization said.

All world regions and sub-regions recorded declines of more than 50% in international tourism arrivals, placing millions of jobs and businesses at risk.

US claims American-JetBlue alliance is anti-competitive

BOSTON, Massachusetts: The U.S. Justice Department has asked a Boston judge to force American Airlines and JetBlue Airways to scrap ...

Abortion regardless of marital status legalized by India's top court

NEW DELHI, India: In a decision widely hailed by women's rights activists, India's top court upheld the right of a ...

DETROIT, Michigan: Ford Motor Co. has announced that it will invest $700 million in its Kentucky plant, which will assemble ...

BERLIN, Germany: As Germany grapples with surging gas and electricity costs caused largely by a collapse in Russian gas supplies ...

After Covid, US struggles to process Indian visa applications

WASHINGTON D.C.: U.S. Secretary of State Antony Blinken said the U.S. is working to reduce the backlog in visa applications ...

US 50 states agree to standardized connections at EV charging stations

WASHINGTON D.C.: The U.S. Department of Transportation has approved the electric vehicle charging station plans in all 50 American states, ...