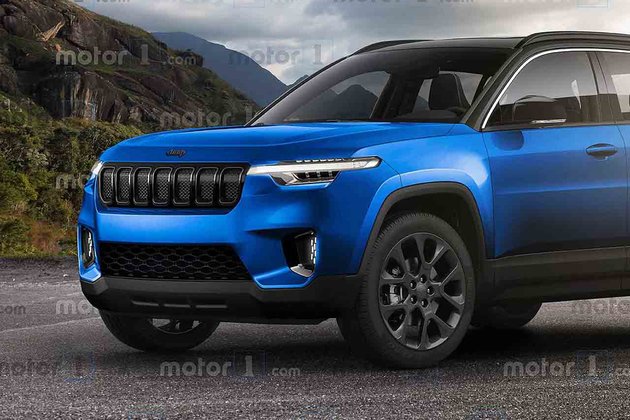 American automaker Jeep (under FCA group) has six products in its global portfolio, namely Wrangler, Gladiator, Cherokee, Grand Cherokee, Gladiator, Compass and Renegade. On the other hand, FCA India sells only three Jeep models: Compass, Wrangler and Grand Cherokee. Jeep India primarily relies on the locally-made Jeep Compass for profits as the other two CBU products come at a substantially high price point for its segment and specifications.

The Indian automotive market has been long-awaiting the Jeep Renegade's official debut, a subcompact SUV (still more than four metres in length) sold as an entry-level Jeep sitting just above the Compass in several foreign markets. The vehicle was spied on Indian roads quite a few times but it would take at least two years or so for it to hit our market. On the bright side, "two or three" products are scheduled to launch by 2022 (unless COVID-19 pandemic has come in the way of plans).

Various rumours suggest that Jeep is working on an all-new 'sub-subcompact' SUV (possibly under four metres in length like all Indian subcompact crossovers marketed as "compact SUVs") for certain European and Asian markets. It would sit below the Jeep Renegade as the brand's most affordable offering. Taking inspiration from the 2017 Jeep Yuntu concept, Motor1 has imagined the upcoming 'Jeep baby SUV' for the 2022 model year.

It would most likely be based on a completely different platform coming under the recent FCA-PSA merger. The same architecture (supposedly modular) could be employed in several affordable Peugeot, Citroen or Fiat products of the future. One can even expect a few electrified products (such as PHEVs) with similar underpinnings.

Almost all OEMs working on a new platform are prioritising on compatibility with electric and hybrid powertrains. Since this is just a speculative render, it is best not to jump into any conclusion regarding its specifications and availability. However, the render looks interesting and promising.

In other news, Jeep is working on a three-row Compass model for emerging markets. It was recently spied in a heavily camouflaged avatar on the roads of Brazil and could come to India at some point in the future. Once launched here, it would be a direct rival to the upcoming Tata Gravitas (6/7-seater Harrier) and MG Hector Plus (6/7-seater Hector).

While the Gravitas is still undergoing testing, the MG Hector Plus will be launched in a few weeks' time. The demand for three-row vehicles have shot up in the country in the last couple of years and several automakers are busy developing competitive products across multiple price segments. Hyundai Motor India is also working on a three-row Creta model dubbed Alcazar.

SEOUL, South Korea - North Korea says the chances are low for another summit with the United States, after President ...

More than 100 nations have active force of military drones

Attack on Japanese base in 1938 carried out by Soviets, not U.S.

In 1938, the Americans took credit for an unprecedented Soviet air raid on a Japanese air force base in Taiwan ...

TEHRAN (Tasnim) - China on Wednesday defended the World Health Organization and lashed out at the US decision to withdraw ...

Bullying of International court and Bank of England laid bare

On January 9, 2020, Ambassador Karen Pierce-the United Kingdom's permanent representative to the United Nations-spoke at a meeting on the ...

NEW YORK, New York - U.S. stocks roared on Friday, shrugging off concern about the burgeoning coronavirus in the United ...

SYDNEY, Australia - Stocks in Hong Kong fell sharply on Friday, dragging the rest of the region lower as well.The ...

QUEZON CITY, Philippines (PIA) -- Despite the global economic recession brought about by the COVID-19 pandemic, the Philippine economy remains ...