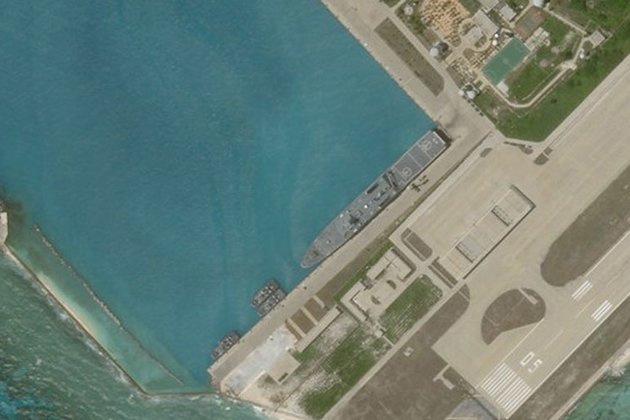 China has docked what looks to be a Type 071 warship in service with the People's Liberation Army Navy at Woody Island, China's main administrative center and military base in the South China Sea's Paracel Islands.

The ship will likely be used in in a large-scale naval exercise planned in the area this week. On Saturday, China's Maritime Safety Administration (MSA) announced a military exercise would take place in the South China Sea from July 1 to 5.

Satellite imagery seen by RFA shows a ship fitting the profile of the Type 071 (also called the "Yuzhao-class") sitting in harbor at Woody Island as of June 27. The ship was not there on June 25.

The Type 071 is a landing platform dock capable of carrying helicopters, a battalion of marines, amphibious vehicles and other cargo for amphibious warfare. It frequently features prominently in military exercises or drills involving the People's Liberation Army Navy (PLAN) and China's burgeoning Marine Corps (PLANMC).

Woody Island is China's biggest outpost and military base in the South China Sea, located in the Paracel archipelago in the region's northern half.

The island is disputed between Vietnam, China, and Taiwan, but occupied by China, which has built a settlement there and formally incorporated the artificial island into a local government district that covers the Paracel Islands and Macclesfield Bank. Macclesfield Bank is claimed by the Philippines.

Woody Island is a frequent stop for the China Coast Guard (CCG) and infamous paramilitary fishing fleets on their way to other parts of the region to assert China's claim to nearly the entire South China Sea. However, navy warships are rarely seen in Woody's harbor, and based on RFA's existing satellite imagery this is the first time the Type 071 has shown up there.

China's military exercise set to take place this week in waters also claimed by Vietnam is nothing unusual, said Greg Poling, director of the Asia Maritime Transparency Initiative at the Center for Strategic and International Studies, a Washington-based think tank.

"But this is part a worrying pattern. China's provocations in the South China Sea have grown more frequent during the global pandemic, and Beijing seems committed to escalate rather than try to calm things down," he told BenarNews, an RFA-affiliated online news service.

The docking comes after the United States conducted a massive naval exercise with two aircraft carriers in the Philippine Sea on Sunday.

"Dual carrier operations demonstrate our commitment to regional allies, our ability to rapidly mass combat power in the Indo-Pacific, and our readiness to confront all those who challenge international norms that support regional stability," Rear Adm. George Wikoff said in a press release put out by the U.S. Navy.

The U.S. also conducted a bilateral exercise with Japan last week, and Singapore's navy conducted training drills with the U.S. and Japan in the South China Sea on June 17 and June 22, respectively.

The deployment of warships to disputed islets and rocks in the region raises concerns over the ongoing militarization of the South China Sea.

Following the 36th ASEAN summit on Friday, Vietnam's Prime Minister Nguyen Xuan Phuc, who chaired the meeting, emphasized "the importance of non-militarization and self-restraint in the conduct of all activities by claimants and all other states ... that could further complicate the situation and escalate tensions in the South China Sea."

The Type 071 is not alone. Satellite imagery shows what looks to be a KJ-500 maritime surveillance plane sitting on Woody's airstrip.

A plane that looks like a KJ-500 early warning aircraft sits on the apron of Woody Island's massive airstrip, June 27, 2020. Credit: PlanetLabs Inc. Vessel tracking data and satellite imagery show that a ship in service to the MSA, the Hai Xun ("Sea Patrol") 1110, is also in Woody's Island other harbor. Three smaller ships that could belong to either the navy or coast guard are right in front of the Type 071's bow.

On June 21, China revised a law governing the part of the armed forces that oversees China's coast guard, instructing it to join in exercises with other branches of the military. 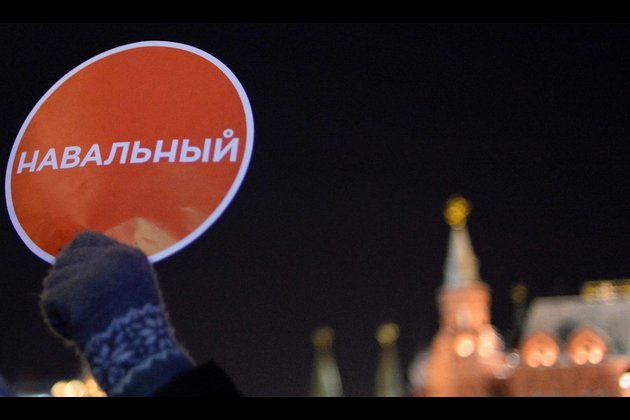