Southeast Asia's most valuable startups shed staff due to COVID-19 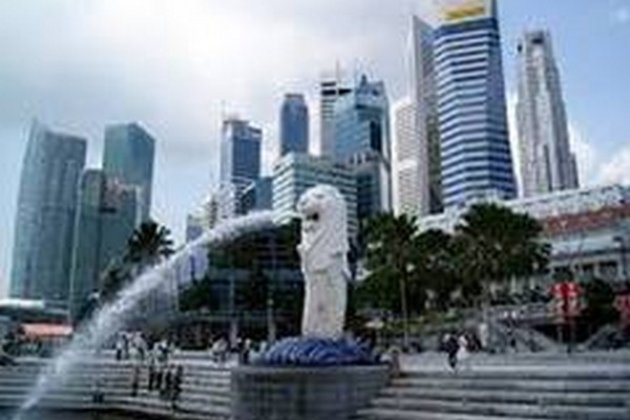 By Lee Kah WhyeSingapore, June 29 (ANI): The economic devastation wrought by the COVID-19 coronavirus pandemic is expected to leave no business unscathed.

Airlines, hotels and travel-related businesses were the first to make calls for funds. Some have obtained them from shareholders, others secured new lines of credit from banks or had to draw on existing ones. Some governments have also extended various rescue packages to affected industries. Already, some businesses which did not have strong enough balance sheets and could not obtain funding have either folded or filed for bankruptcy protection.Singapore is on the cusp of its worst recession with economists predicting a second-quarter GDP contraction of 11.8 percent. This is only the beginning. When the dust settles, the economic and job numbers are expected to hit historic lows.In the last two weeks, two of the best-known startups in Southeast Asia, Grab and Gojek, announced cost reduction measures to help save their businesses. Grab will lay off 5 percent of its staff whereas Gojek, 9 percent.Both these firms started as mobile app-powered ride-hailing services but today offer a myriad of services including food delivery, online shopping, and e-payments and digital banking - the part of their business that is getting investors most excited.Both unicorns are supported by well-heeled patrons. Gojek, headquartered in Jakarta, is bankrolled by Tencent, Google, Facebook and PayPal whereas Grab, based in Singapore, count SoftBank and Microsoft among its investors.Based on the latest publicly available information on venture capital funding, Grab is valued at USD 14 billion whereas Gojek is valued at USD 9 billion. There was some recent talk in the market about a merger of the two giants.Grab which is widely considered as Southeast Asia's most valuable startup bought over Uber's Southeast Asia business in 2018.Gojek claims 170 million users in Southeast Asia and its e-wallet service, which is the largest in Indonesia, is transacting billions of payments each year. Another commonality is that they also have offices in India to harness the abundant engineering and product design talent there.Gojek acquired Bangalore based C42 Engineering and CodeIgnition in 2016 to establish a development centre. In 2019, it acquired Bangalore-based AI (artificial intelligence) recruiting platform airCTO. It also opened an engineering and product development centre in Gurgaon. It aimed to have 500 employees in India by the end of 2019.Grab has more than 200 employees in its Indian engineering team in Bangalore working on building payment systems, geomapping and data science. Both did not comment specifically on the fate of their Indian employees.Last week, after denying reports of layoffs earlier in the year, Gojek announce that they will be making 9 percent of its employees redundant, or 430 staff. It will also be closing its lifestyle service, GoLife, which offered among other things cleaning and massage services. The startup said it would also be shutting the food courts it operates, known as GoFood Festival.The company said that they would prioritise high-impact core businesses of payments, transport, and food delivery in a long-term response to the COVID-19 pandemic.Folding its GoLife services will have a trickle-down impact on its around 60,000 downstream partners providing the services and affect their livelihoods.Just one week earlier, its rival,Grab announced that they will be laying off 360 people or slightly less than 5 percent of its staff.CEO and co-founder Anthony Tan said in a letter to employees, "Over the past few months, we reviewed all costs, cut back on discretionary spending, and implemented pay cuts for senior management. In spite of all this, we recognize that we still have to become leaner as an organisation in order to tackle the challenges of the post-pandemic economy."Grab had earlier cut the pay of its senior management by up to 20 per cent and encouraged staff to take voluntary no-pay leave as part of cost-cutting measures.Prior to the restructuring, Grab had taken other cost cutting measures including the dropping a series of target-based incentive schemes for drivers and limiting performance-based commission rebates to its 18,000 drivers in Singapore.Tan noted that Grab will need to prepare for a long recovery period as it expects the COVID-19 pandemic to result in a prolonged recession.Aside from the job cuts, Grab will be sunsetting some non-core projects and consolidating functions.However, it will continue to invest and expand its delivery verticals to meet the increased demand as well as its grocery delivery service GrabMart. Earlier this month, the company said it has expanded GrabMart into eight countries across the region. It will also focus on adapting its core verticals such as ride-hailing, payments and financial services to the post-pandemic world.Prolonged lockdowns in many Southeast Asian countries have impacted both Grab and Gojek. Increased demand for food, and online grocery and shopping delivery services has not compensated for the loss of revenue in the battered ride-hailing services which was their main income earner. When restrictions are lifted, many people will still be hesitant to go out like they used to due to health concerns. Furthermore, working from home arrangements will continue for the foreseeable future. The demand for transportation has shrunk considerably compare with pre-pandemic days. These all add up to the current woes of firms such as Grab and Gojek. (ANI)

SEOUL, South Korea - North Korea says the chances are low for another summit with the United States, after President ...

More than 100 nations have active force of military drones

Attack on Japanese base in 1938 carried out by Soviets, not U.S.

In 1938, the Americans took credit for an unprecedented Soviet air raid on a Japanese air force base in Taiwan ...

TEHRAN (Tasnim) - China on Wednesday defended the World Health Organization and lashed out at the US decision to withdraw ...

Bullying of International court and Bank of England laid bare

On January 9, 2020, Ambassador Karen Pierce-the United Kingdom's permanent representative to the United Nations-spoke at a meeting on the ...

NEW YORK, New York - U.S. stocks roared on Friday, shrugging off concern about the burgeoning coronavirus in the United ...

SYDNEY, Australia - Stocks in Hong Kong fell sharply on Friday, dragging the rest of the region lower as well.The ...

QUEZON CITY, Philippines (PIA) -- Despite the global economic recession brought about by the COVID-19 pandemic, the Philippine economy remains ...