Tiger, Tiger burning bright and the brands that stuck by him 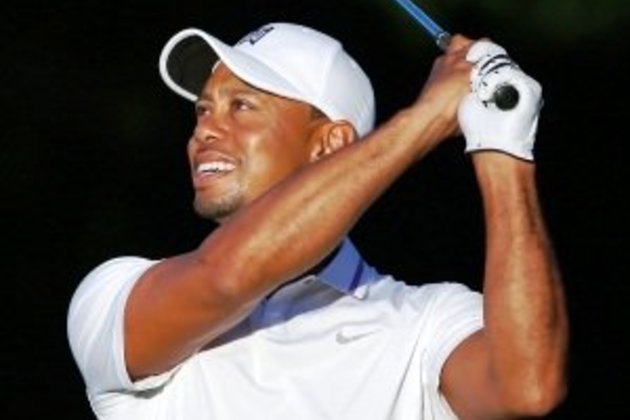 Tiger Woods's improbable Masters victory will reward the few companies that stuck with him through his struggles, and the ones that joined him when he was near the low point of his career.

The 43-year-old won his fifth Masters title on Sunday by one stroke.

It's his first major victory in over a decade and just his second PGA Tour victory in more than five years.It's also a win for his sponsors.

During the final-round telecast, when he made a late charge, he generated more than $23.6 million in exposure for various corporate partners, according to sponsorship analytics firm Apex Marketing Group.

"He moves the needle like no other golfer does or ever has done," Dorfman said, comparing Woods's legendary status to that of Michael Jordan.

"Nobody can do what he does and it's amazing he's been able to do it for as long as he has."

Woods's return to the center of golf's biggest stage will probably drive added interest in pro golf for awhile and generate even more attention for his corporate partners. It will also renew debate over whether a healthy Woods can return to the dominance of his early career, when he single-handedly boosted golf's status around the world.

In the moments after Woods's final putt on Sunday, longtime sponsor Nike released a video congratulating him on the feat, and highlighting his push to pass Nicklaus. The video uses audio from a 3-year-old Woods listing his golf aspirations.

"To think a 43-year-old who has experienced every high and every low, and has just won his 15th major, is chasing the same dream as a 3-year-old," the video says.

The Ties That Bind

No company is more closely associated with Woods than Nike, which signed him when he turned pro back in 1996 and built its golf business around his stardom. Woods was once making $30 million per year from Nike, according to Forbes, but in 2016 the company announced it would stop making golf clubs, balls and bags.

Nike is still Woods's apparel partner - the red Nike shirt he wore on Sunday is a familiar sight for most fans - but over the past few years Woods has had to look elsewhere for ball and club partners.

During a decade marred by marital trouble, substance abuse, multiple surgeries and inconsistent play, most of the other brands that golf fans once associated with Woods either dropped him outright or failed to renew their partnerships when they lapsed. They include including AT&T, Procter & Gamble's Gillette, General Motors's Buick and watchmaker Tag Heuer.

In their place is a new stable of partners. Monster Energy drink has been branding Woods's bag since 2016. TaylorMade is now his club sponsor; Bridgestone makes his golf balls.

There are also smaller deals with Hero MotorCorp, an Indian motorcycle maker, and Kowa, a Japanese pharmaceutical company. Several of them sought to capitalise on the moment, with Monster Energy musing what a tiger's favored colour might be.

At the height of his career, Woods was making $110 million per year as the world's highest paid athlete, including that $30 million from Nike, according to Forbes. Last year the magazine reported his earnings as $43.3 million.

For now, Woods sounded bewildered at his resurrection to top-dog status.

"I'm kind of at a loss for words," Woods said after the win. "It's overwhelming because of what has transpired."

A senior International Olympic Committee member said this summer's Tokyo Olympics could be canceled if the coronavirus is not under ...

Iran slow to hold security forces to account over protests

BEIRUT, Lebanon - Iranian authorities have failed to hold security forces accountable for excessive and unlawful use of lethal force ...

WASHINGTON, DC - The number of coronavirus cases in South Korea skyrocketed to 833 on Monday, a roughly 27-fold increase ...

Malaysian Prime Minister Mahathir Mohamad resigned on Monday in a shock move after his political allies sought to bring down ...

WHO warns world to prepare for pandemic

GENEVA, Switzerland - The World Health Organization says the coronavirus outbreak does not yet fit the criterion for a pandemic ...

SYDNEY, Australia - Asian stocks continued to be hammered on Wednesday, although there were signs the selling was beginning to ...

Walt Disney's world to be headed by Chapek

Global esports revenue is set to exceed $1 billion in 2020, according to a report Tuesday from Newzoo."The esports market ...

Los Angeles - Kobe Bryant's widow Vanessa filed a lawsuit on Monday against the operators of the helicopter that crashed ...

Board diversity goes beyond recuiting women