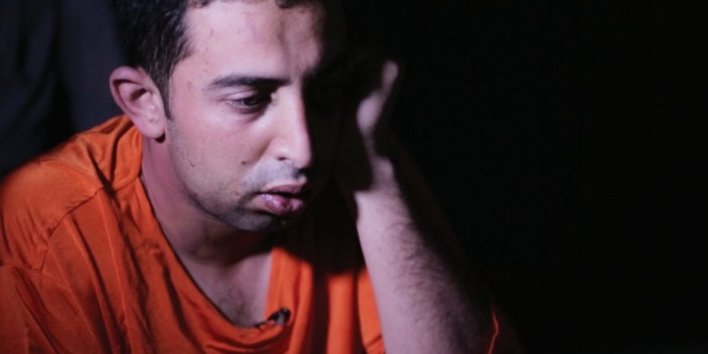 DAMASCUS/LONDON - Islamic State militants in Syria have invited suggestions on Twitter on the best way to kill a Jordanian pilot captured last week with their gruesome Arabic hashtag "Suggest a Way to Kill the Jordanian Pilot Pig" being retweeted over a thousand times.

The pilot, Mu'ath Safi Yousef al-Kaseasbeh, 26, a first lieutenant in Jordan's air force, was captured after his F-16 jet crash-landed near the Syrian city of Raqqa, which is held by ISIS (also known as ISIL).

Jordan has threatened the IS with "grave consequences" if the pilot is harmed, while the Islamists have demanded that Jordan quit the US-led coalition and release several prisoners in exchange for his release.

Kasaesbeh, also known as Moaz, was captured by IS fighters on Christmas Eve.

The IS published an interview with the pilot in Dabiq, its monthly English-language magazine, last week. The piece ends with the question "Do you know what the Islamic State will do with you?" To which Al-Kasasbeh replies: "Yes They will kill me".

According to Vocative, some of the ideas shared by ISIS followers to kill Moaz include beheading him, burning him alive and running him over with a bulldozer.

Many of the Twitter posts contained graphic embedded images, including photographs of beheadings and of wounded children. One showed a steamroller captioned with a message that translates into "Goodbye Moaz", while another featured a stock picture saying "Nothing better than the axe".

Another hashtag that translates as "We all want to slaughter Moaz" has been tweeted thousands of times too. That hashtag featured doctored images of the pilot with IS soldiers, including one of the man being held by "Jihadi John", the IS member that the group claims was behind the killing of many of the British and US men shown in videos released this year.

But people have also taken to Twitter to post on a hashtag that translates as "We are all Moaz", praising the pilot and offering messages of support for his family.

One participant, claiming to be the mother of a Syrian man killed by a coalition air strike, suggested that Kaseasbeh should be "impaled and hung on a pole so that he dies slowly. And it would be mercy to kill him by gun or a knife".

Moaz's plane was the first US-led coalition aircraft to be lost on IS territory since air strikes began in September.

The jihadist group claimed it had shot down the jet with a heat-seeking missile near the city of Raqqa.

But the Jordanian government and U.S. Central Command described the incident as an aircraft crash and adamantly stated that it was not shot down by ISIS.

"I checked the system display and it indicated that the engine was damaged and burning," the pilot is quoted as saying. "The plane began to deviate from its normal flight path, so I ejected. I landed in the Furat River by parachute and the seat caught on some ground, keeping me fixed, until I was captured by soldiers of the Islamic State."

WASHINGTON, DC - A blueprint the White House is rolling out to resolve the decades-long conflict between the Israelis and ...

DELHI, India - Five people have been killed in a building collapse in the Indian capital of Delhi. Another 3 ...

WASHINGTON, DC - Thirty-four U.S. service members have been diagnosed with concussion and traumatic brain injuries as a result of ...

BEIJING, China - The death toll and infected rate from the Wuhan coronavirus in China has increased dramatically, while the ...

Etihad takes delivery of 38th Dreamliner, with a new twist

CHARLOTTE, North Carolina - General Motors is to open a new technical center focused on performance and racing in the ...

DENVER, Colorado - The U.S. Federal Aviation Administration (FAA) has issued a Finding of No Significant Impact/Record of Decision for ...

DUBLIN, Ireland - The importance of the tourism industry to Ireland has been highlighted in a report which has examined ...

SYDNEY, Australia - Shares in China dropped sharply on Friday as two populous cities in the country went into lockdown ...

The Hunt for Red October